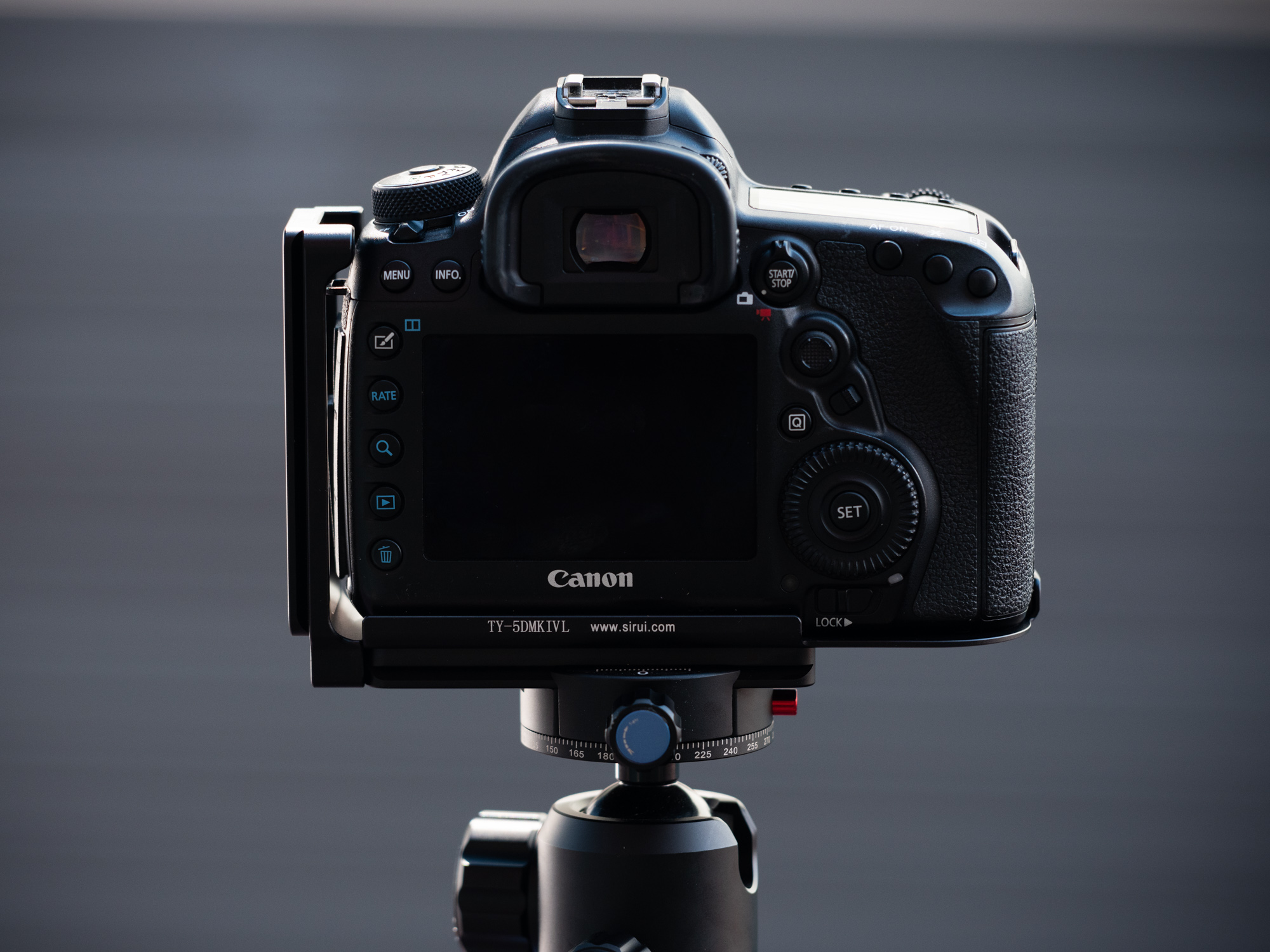 When choosing between tripod mounts for your camera there are generally two options – a standard quick release plate or a quick release L bracket. Rather than just providing a single mounting point, an L bracket wraps around the sides of a camera providing two orientation options for your camera when using a tripod – horizontal (landscape) and vertical (portrait). An L bracket has many advantages over a standard quick release plates that will suit many different types of photography including landscape, macro, real estate / architectural and studio photographers who use tripods.

The ability to quickly change the orientation of your camera is one of the biggest advantages when using an L bracket over a standard quick release mounting plate. This can provide multiple options for compositions while still maintaining balance and even weight distribution on a tripod.

Sirui offer a range of L brackets to suit most major camera brands including Canon, Nikon, Fuji and Sony. All of our L brackets are custom designed to suit specific camera models allowing full access to the accessory ports, and are manufactured from high grade machined aluminium to suit Arca-Swiss mounts. Our range of L brackets and tripod accessories come with a full 6 year manufacturers warranty for peace of mind in your equipment investment.

Here are 6 reasons why you should use an L bracket on your camera rather than choosing a standard quick release plate.

1. Better weight distribution and balance through the tripod

2. Maintain composition when changing from horizontal to vertical orientation

One of the biggest advantages of using an L bracket is the ability to very quickly switch from horizontal (landscape) to vertical (portrait) orientation, while still maintaining the same composition between exposures. When using a standard quick release / mounting bracket on your camera, to switch orientations means an adjustment to the tripod will need to be made as the camera will need to be placed off centre while it is tilted in vertical orientation. This repositioning can cause compositions to be shifted slightly to the left or right. An L bracket allows the camera to be quickly rotated on the lens axis without needing to move the tripod, while still maintaining your image compositions.

3. Great for panoramic shots in both vertical and horizontal orientation

Due to the way some lenses work, shooting in a vertical (portrait) orientation quite often provides a better result when shooting panoramic images for stitching in post processing. Distortion through the horizontal plane in your images tends to be less noticeable when the camera is in a vertical orientation, and this can help with maintaining a higher resolution in your images when they are stitched together. A vertical orientated camera mounted in an L bracket and placed on a level tripod will help your camera to be closer to the nodal point that a dedicated panoramic head can offer.

4. Allows for a full range of motion in portrait / vertical orientation when using a ball-head

When using a standard quick release / mounting bracket on your camera combined with a ball-head mounted to a tripod, to shift from horizon to vertical orientation you will quite often find a limited amount of motion is available. Most high quality ball-heads come with a “notch” or “cut-out” which allows a camera mounted to a standard quick release / mounting bracket to turn from horizontal to vertical orientation. More often as not through an adjustment will need to be made to the tripod legs to keep the camera level. By using an L bracket you can maintain a full range of motion throughout the entire ball-head while also maintaining good weight distribution and balance through the centre column of the tripod.

5. Maintain access to the accessory ports on your camera

When using a custom fitted L bracket to suit a specific camera model like those offered in our Sirui product range, all of the accessory ports such as the shutter release, HDMI, microphone and even the battery port will be fully accessible. Some L brackets also offer the ability to be used with a battery grip for those that require the extended battery life offered by those accessories. Quite often generic L brackets do not allow you to access all of the accessory ports, or limit the ability to plug in some third party accessories such as shutter release cables.

6. Acts as a protective shell around the camera body

An L bracket is designed to be mounted with tripod mounts wrapping around two sides of the camera. This can act as an additional protective shell in case of any droppages, accidental knocks or impacts to those sides. The corner of the bottom of the camera and the two sides may have an additional layer of protection offered by the aluminium bracket, which could possibly save your expensive camera in the case of an accident.

Visit Our Other Brands

FREE SHIPPING FOR ORDERS OVER $69

Be the first to know